Hot Child in the City 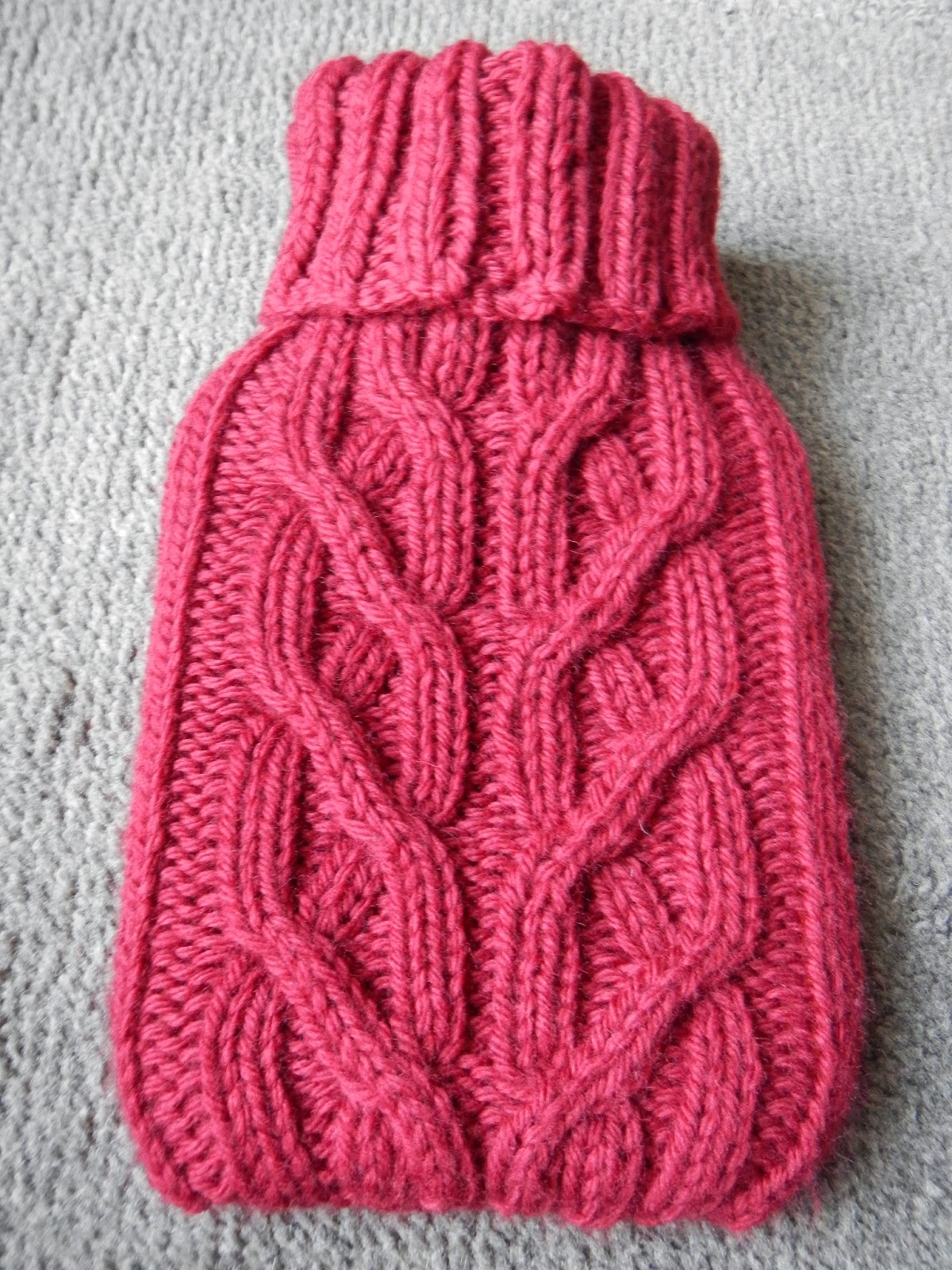 My Ravelry project page can be found HERE for anyone interested in greater detail. 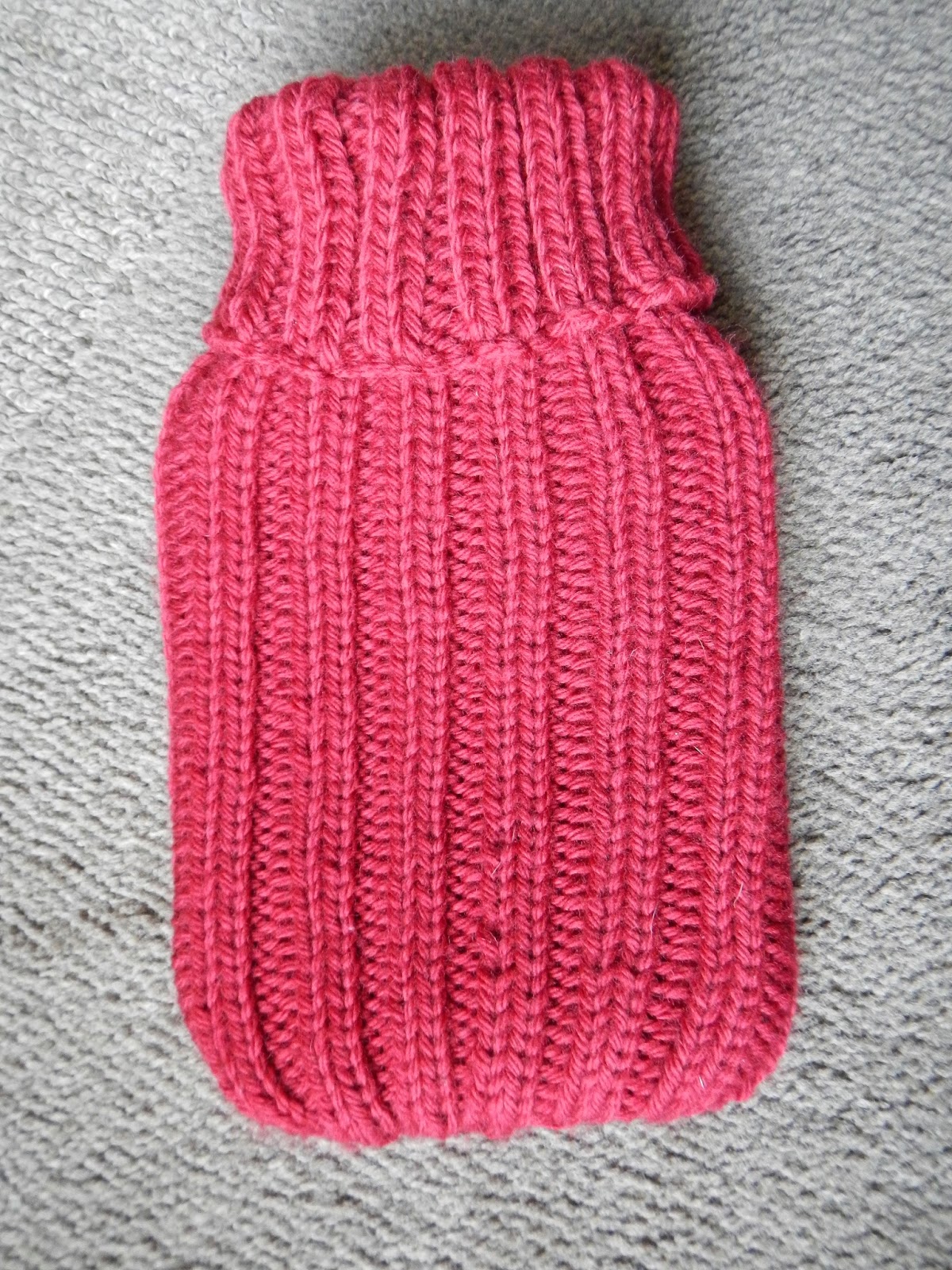 I have been wanting to knit a hot water bottle cozy for many years. What could be more comforting then a hot water bottle with a hand knit cozy? So I dug through patterns on Ravelry and came across this one. The pattern is written to have a tie at the top to keep the cozy secure on the bottle, but I preferred the ribbed turtle neck look to the tie down look. I also think having no tie is just more practical for us. Nothing to get lost or separated. 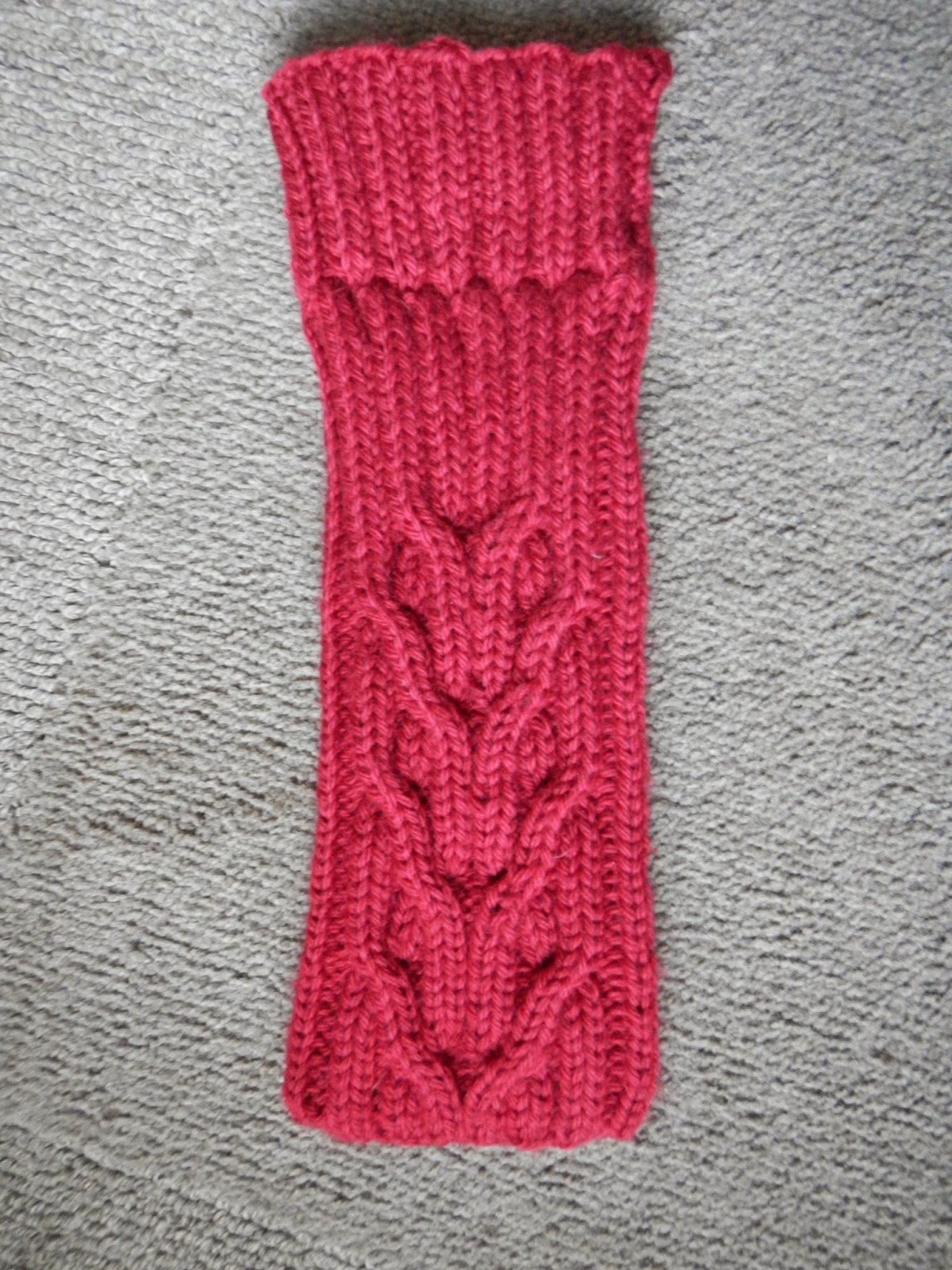 The pattern calls for 5 repeats of the cable pattern, but I had a smaller hot water bottle than the one in the pattern, so I did the cable pattern 3.5 times which brought me to the top of the bottle's body. Then I did the k2,p2 ribbing until I was to the to the top of the spout of the bottle, did a knit row as a kind of turn row, and then switched my ribbing to p2,k2 so it would lay nice. 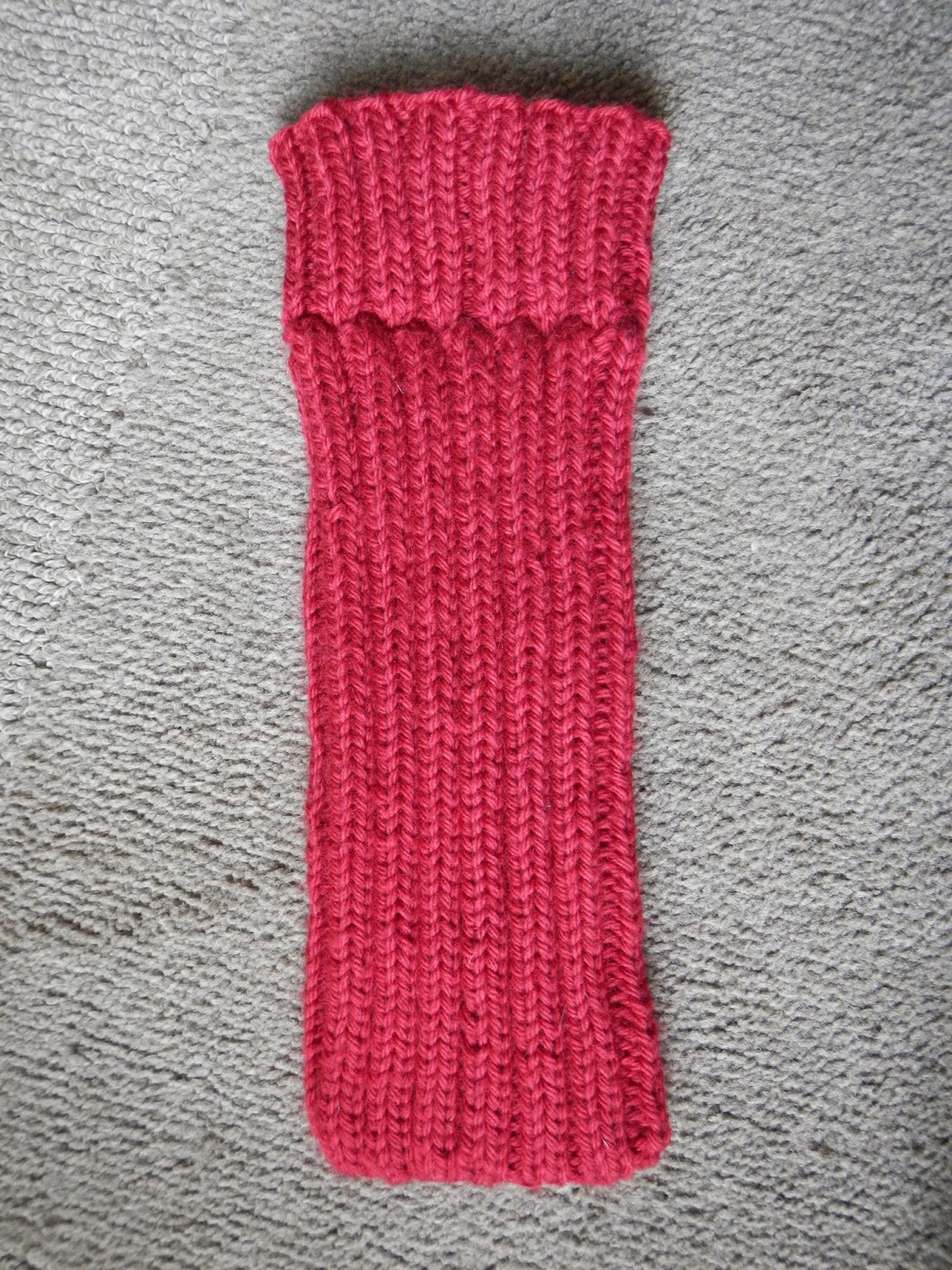 I kept ribbing until I had the length of the neck/spout area covered and was back to the body of the bottle, then bound off in the ribbing to keep it nice and neat. 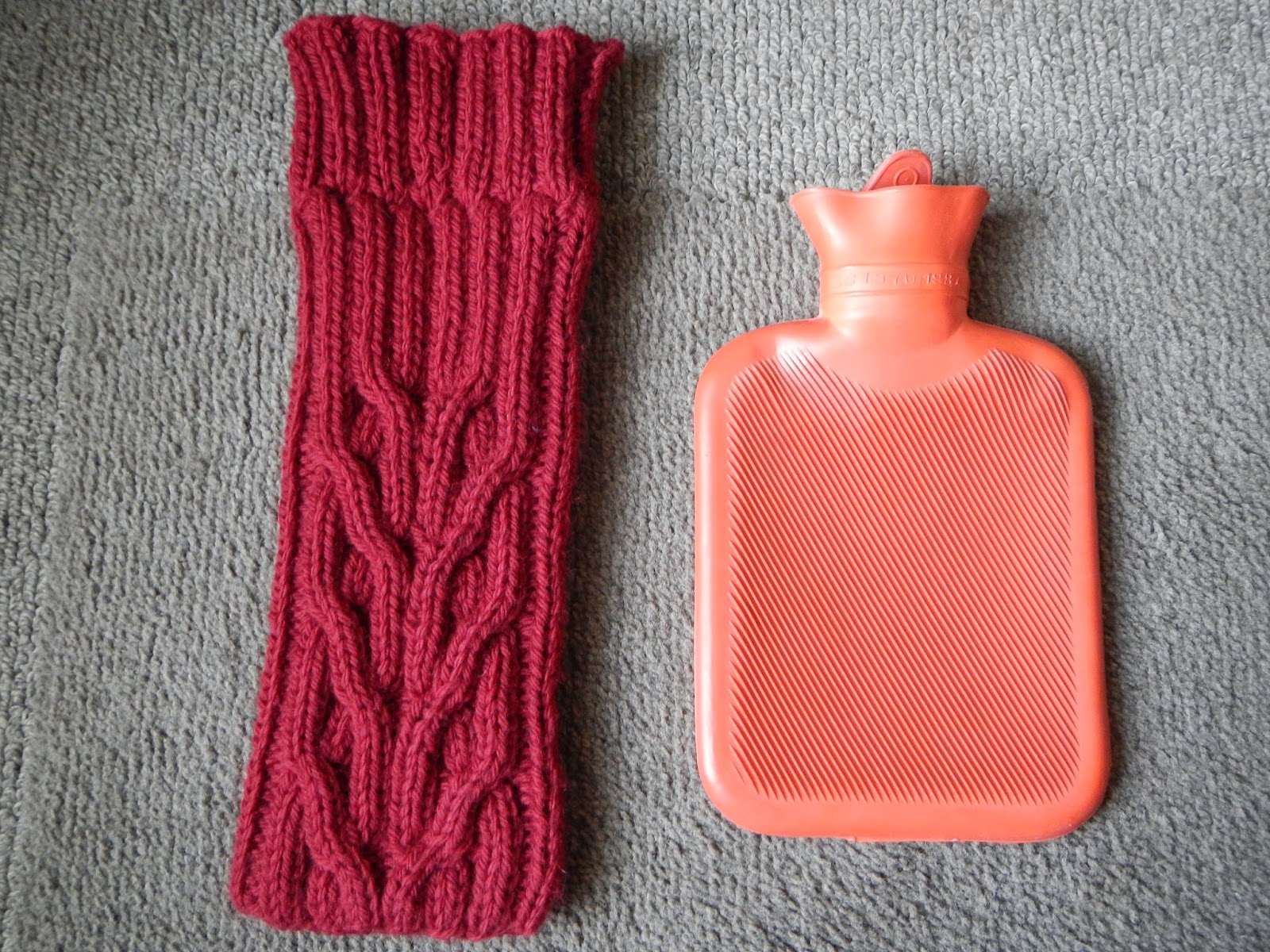 I am really happy with how it turned out. The yarn is a ball of Knit Picks that was was in my stash for years, so I was able to Stash Bust to make this as well - so that felt good too. 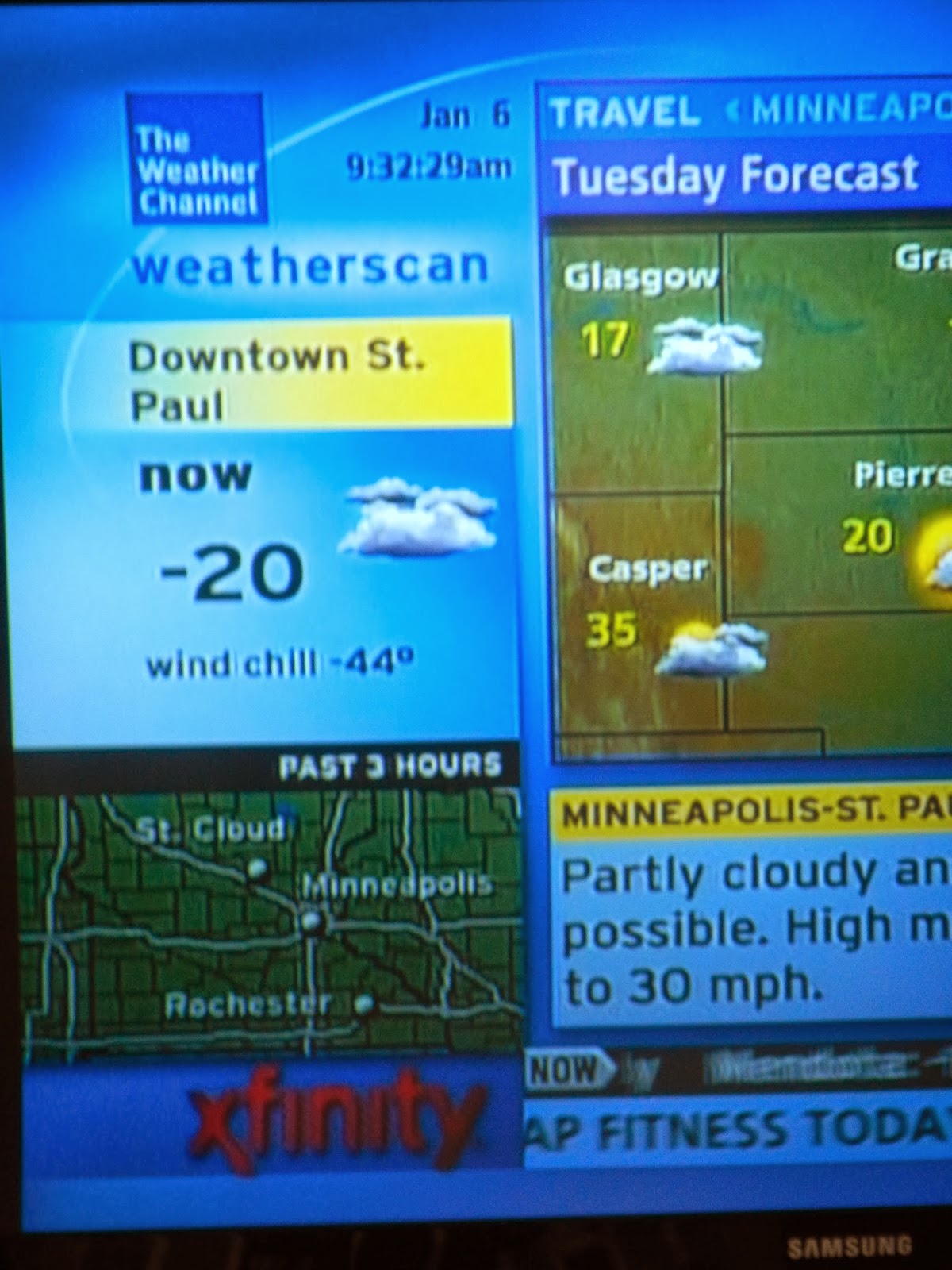 And I think I may be giving my bottle a test run today. It's so cold out that all the schools in the state are shut down and my boss called me last night and told me I could stay home if I wanted too today. (Uh, yeah I want to stay home!) So it's nearly 11:00 and I am still in my jammies playing on the Internet. Not a bad day after all!
Posted by LiteraryLadybug at 1/06/2014 11:01:00 AM

Sweetpea...it's too cold to get dressed today!! lol Love the water bottle cover and very handy for your weather right now. Our weather is total opposite...we are expecting 36C (which is cooler than yesterday - 41C!!). You enjoy your day off lucky duck.
Cheers, Anita.

@Anita Thanks Anita! I had a lovely day in my jammies playing with yarn most of the day. Can't complain too much when I get the day off work! Sounds like you are still in a heat wave over there! I will try not to be jealous! :)
Take Care! Jen