Well, the KAL I am part of is officially over. I think a little crack was smoked when the time line was decided. Seriously - I think only a couple people finished on time AND people started early! I spent all of last Sunday knitting (seriously - that is all I did! I took a break and showered and put on fresh lounge clothes and ate - otherwise Knit Knit Knit!) and I only JUST got to the end of the first of four skeins! Oy. 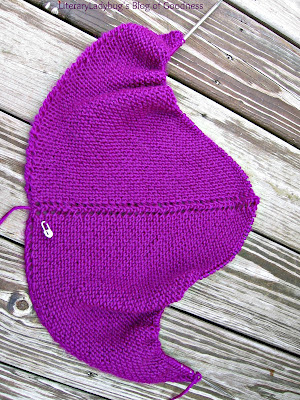 So here is what my shawl looks like with one skein of yarn. I love the color and it's pretty, but man. Kind of boring. I am hoping to get another inch on it tonight when I am being lazy in front of the TV.

I forgot to mention that on our Anniversary (04/05/1997!) Tom and I went out for a fancy dinner and then we went and saw The Hunger Games! It is the first movie we have been to in YEARS. And it was really fun! I told him we have to get gussied up and go out for a nice dinner and a movie more often. Every couple of years is just not enough! (I think the last movie we saw was Indiana Jones and the depressing Adventure of the Crystal LaBeouf.) 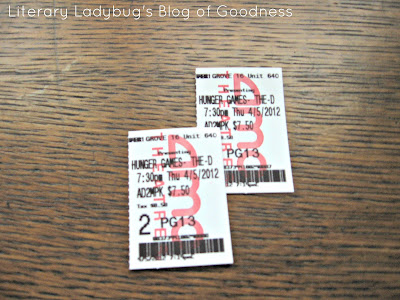 The movie was really good - although I wasn't prepared for the Shaky Blair Witch filming. Ugh. Hate that.