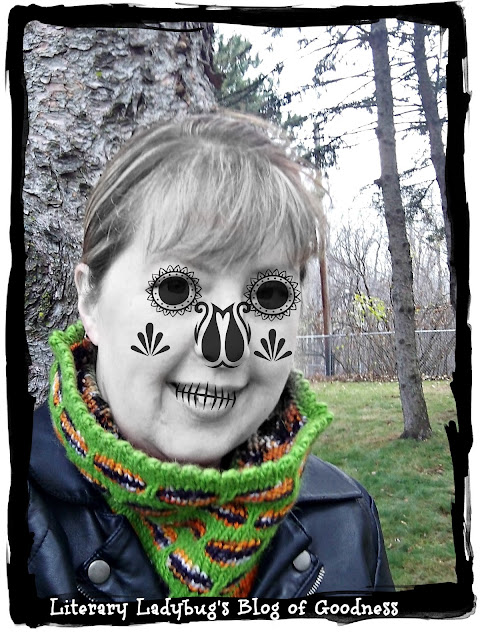 I finally got a few pictures of my finished Halloween/Autumn Cowl. I started this in October and had a false start, ripped it out, and then went a completely different direction with it.

Yarn: Brown Sheep Lamb's Pride Worsted in Limeaid (137 yards or .72 of a skein) AND Gnomeacres 100% Superwash Merino Wool Worsted in colorway "Smell My Feet" (198 yards or .90 of the skein)
Needle:  US 8
Pattern: Barbara G. Walker's Hexagon Pattern from the book A Treasury of Knitting Patterns.
Size: 7.5 inches by 23 inches
Love: ♥♥♥♥ I rate this 4 hearts out of 5 - only because I would have done a few things different if I made it again.
My Ravelry Project notes can be found HERE. 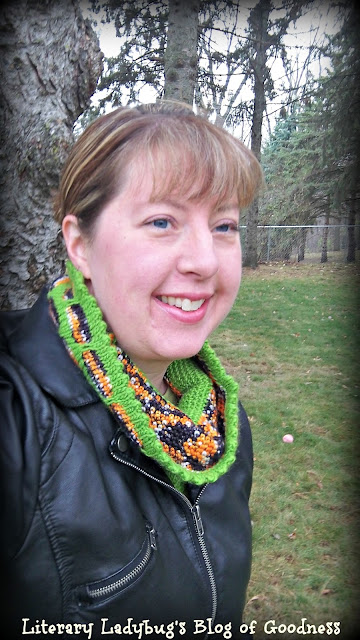 It sits nicely on my neck and I can fold it down or where it tented up for added wind protection. (I am picturing gassing up the car in a nasty winter wind when I say that.) It actually goes around my shoulders under my jacket and I can zip up so that I get no wind on my neck. (Which means no snow down my neck too!) 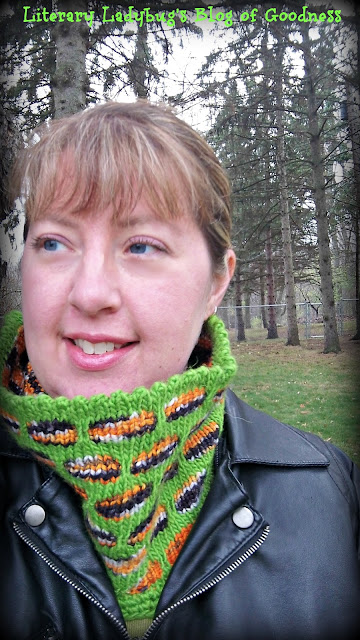 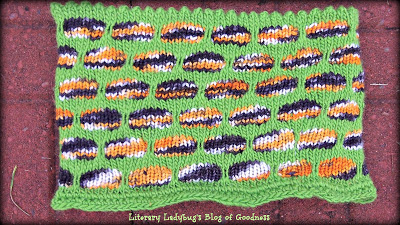 I also would have liked it better with the inside liner being the multi-colored yarn all the way through. I didn't think I had enough, so I decided it would be better to have a center stripe of the green rather than a row or two at the very end when I ran out of yarn. I am fine with it like this - but I think it would have been just a notch better if it were all the way across. The liner is single crochet which probably ate up more yarn than if I had knit the liner as well. Didn't think of that until just now. 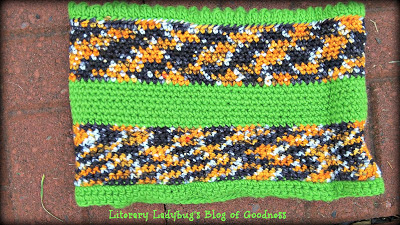 Overall I call it a win. I am happy with the way it wears and think it's interesting and different. My hubby said it would generate a lot of comments when I wear it out. I am anxious to wear it out and see if it's true! ☺
Posted by LiteraryLadybug at 11/13/2012 05:00:00 AM

@All4MeggyMoo Thank you! It was interesting to work on and I am pretty pleased with how it turned out! ☺