Hello! Classes are over for the semester and FINALLY I have a minute or two to stretch and breathe. So let me catch you all up on whats new in Jen's World:

✔ I received a letter of commendation for outstanding academic performance in the Spring Semester 2014 as well as my name appearing on the official Dean's List. (Go Me!)

✔ My dog Emma has had two surgery's this year: The first was to remove tissue from a cyst on her back that burst and get her teeth cleaned and her dangling dew claw (that I always feared would get caught and rip off!) removed. That surgery went fine, but then about two weeks ago Emma tore her ACL and had to have knee surgery. She is still recovering from this - but is doing well! 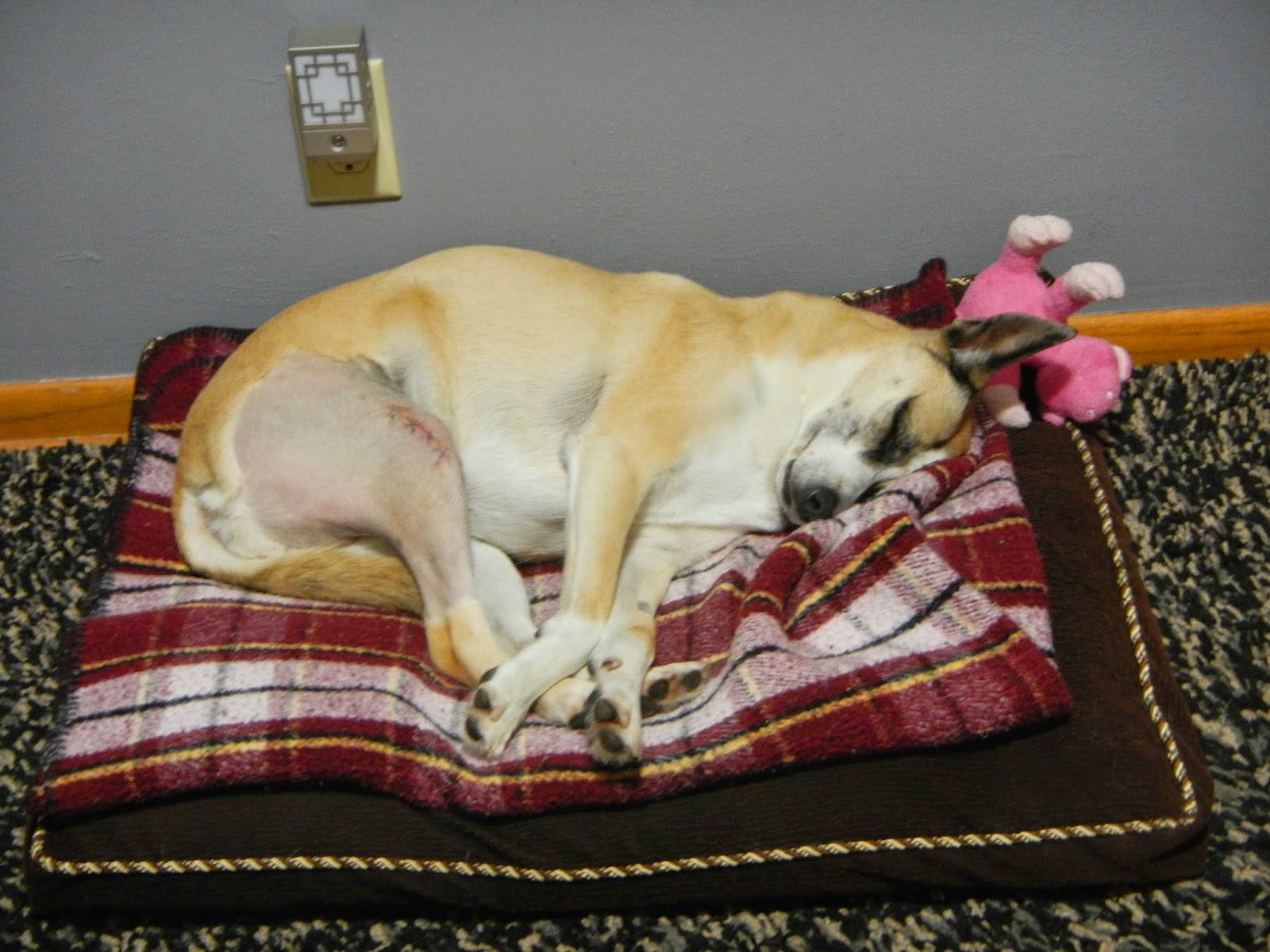 ✔ Was told 2½ weeks ago that I am losing my job. (boooooo!) So I have been shooting applications and resumes all over the place. Also not sleeping and crying inappropriately. Yup - I am just a stressball!

✔ Partly because I neglected myself and partly because I just want to get healthier, I rejoined WeightWatchers online about two weeks ago and have been trying to eat healthier, exercise more, and in general take care of myself  a little better.

So  - I have been a busy bee with work and school and dog surgeries, and now that the semester is over I am searching for new employment and hoping I will gain a job that is positioned closer to the IT world than the retail environment I have been existing in. (I don't think screaming at my laser printer counts as "IT".)

I didn't get much time for fiber fun over the last 6 months, but am slowly getting my knitting mojo back and will post about that soon. (But let me say how MUCH I missed the knitting needles!)

Hope everyone out there is happy and healthy!